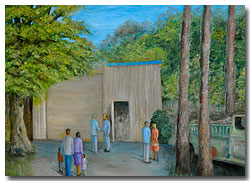 Bill Foster, Sr. and three other elders from Savannah’s First Presbyterian Church served as the organizing committee for the new Skidaway Island church. With the assistance of Creed Reagan, vice president for Forward Planning with the Branigar Organization, a subsidiary of Union Camp, they secured a location for the Island’s ‘first church’ at the intersection of Diamond Causeway and the State Park access road. In January, 1980, Savannah Presbytery purchased the present nine-acre site and transferred it to the Skidaway Island Community Church. 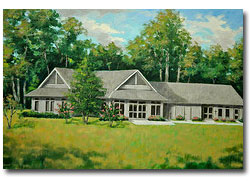 By 1985, the Christian Education program had grown sufficiently to require an addition of permanent Sunday School rooms. A year later, the Skidaway Island Preschool opened. It continues as a thriving program for the Island’s ‘wee’ ones. In 1987 the church started Vacation Bible School for Island children ages three-fifth grade.

Skidaway Island Presbyterian Church chartered Boy Scout Troop 57 in 1989, Proud of its 48 Eagle Scouts, Troop 57 is recognized as one of the best Boy Scout Troops in the Coastal Empire Council, which covers ten Georgia counties. 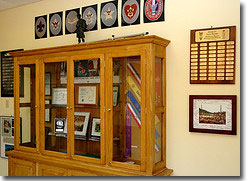 In 1988 our present sanctuary building was dedicated. To commemorate the building’s dedication and the congregation’s tenth anniversary, three oil paintings were commissioned by member artists. The original pieces- depicting the firehouse sanctuary by Jean Dooley, the fellowship hall sanctuary by Betty Skinner, and the new sanctuary by John McClelland- hang in the Administration Building. 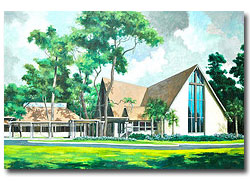 In l989 a Memory Garden was created adjacent to the southeast corner of the sanctuary. It provides a quiet place for internment of ashes of members, their spouses and family members. In 1991 the original fellowship hall was named in honor of Dr. Liston and extended into a new two-story Christian Education Building. 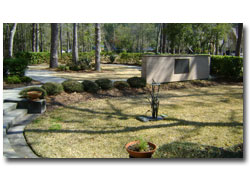 In 2008-2009 remodeling updates were completed in the sanctuary, administrative and education wings. Landscaping improvements were completed early in 2010 to refresh the entire campus.